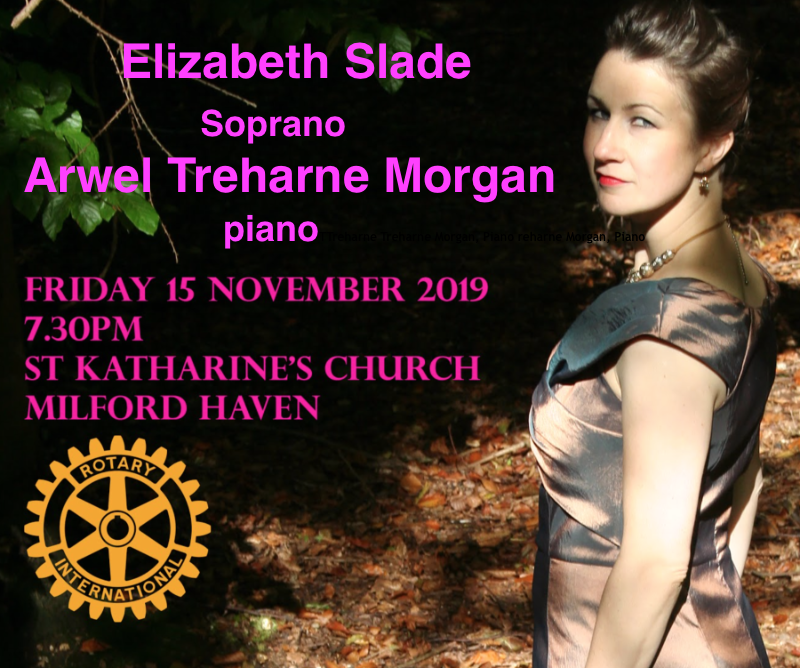 Elizabeth has sung for the Queen, and appeared in concert with Quartano - Soprano and String Quartet – and internationally with EnChant, a soprano duet, for both corporate and private events.

Recent concert highlights include French Song with renowned accompanist Malcolm Martineau and dinner Opera evenings with Opera d’Amici across the south of England.

Arwel has performed in oratorios at all the major London venues as well as New York’s Lincoln Center, has taken part in frequent broadcasts on BBC Radio 3 as both pianist and singer and has been in demand as a recitalist at London chamber music venues such as the Purcell Room and the Wigmore Hall.

This event is organized by The Rotary Club of Milford Haven.

Visit the website for full details
Telephone 07969 428801
Contact the event organizer
Lost or not received your tickets?

Parking on The Rath, please arrive around 7pm so we may start promptly.

See more from The Rotary Club of Milford Haven