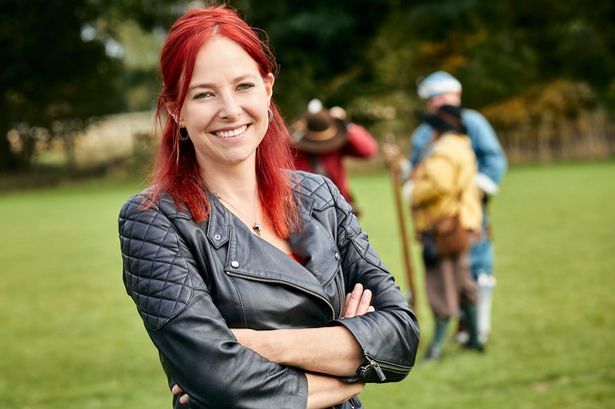 "I'm interested in the structure of humans, how we function, and our place in the wider environment."

As part of our Waterlow Hall Festival Week celebrations, you are warmly invited to the inaugural Speaker Series event in our new, state-of-the-art performance space, with academic and broadcaster, Professor Alice Roberts.

After training as a medical doctor, Professor Roberts went on to become a university lecturer and has been Professor of Public Engagement at the University of Birmingham since 2012.

Passionate about generating and spreading knowledge to the widest possible audience, she made her TV debut in 2001 as a human bone specialist on Channel 4's Time Team before presenting on BBC2's Coast. She has since written and presented a wide range of television series, including Ice Age Giants, Origins of Us, Horizon and Digging for Britain.

Professor Roberts is interested in human anatomy, physiology, evolution, archaeology and history and has written numerous science books, including The Incredible Unlikeliness of Being, shortlisted for the Wellcome Book Prize. At last year's Royal Institution Christmas Lectures she delivered a compelling talk exploring who we are and how closely related we are to our primate cousins.

She joins us as our first Speaker Series guest in the new Waterlow Hall for an enlightening evening of insights and anecdotes, followed by a Q&A.

We will email you the location details for this event once you have completed your booking.

This event is organized by South Hampstead High School, GDST.

Telephone 020 7435 2899
Contact the event organizer
Lost or not received your tickets?